by Burn Keita
in Opinions

I woke up to some disturbing commentaries and clips and arguments about the use of the Kente cloth on Monday, by the Congressional Black Caucus, as they unveiled a bill to reform policing in America.

This unnecessary debate on Kente Appropriation by Pelosi etc is just a distraction from what the proposed reforms are about. Instead of the reforms becoming the debate, the debate now is on the Kente cloth.

I am originally from Ghana, where the Kente cloth comes from. The Ashanti and Ewe peoples of Ghana weave these intricate and complex colourful designs. And there is nothing wrong about anybody in the World wearing Kente.

In fact, Ghanaians are always excited to share their culture with others, especially people of African descent. Actually, Kente has globally become a black symbol, and almost every black graduate has that stole around their necks at graduations. 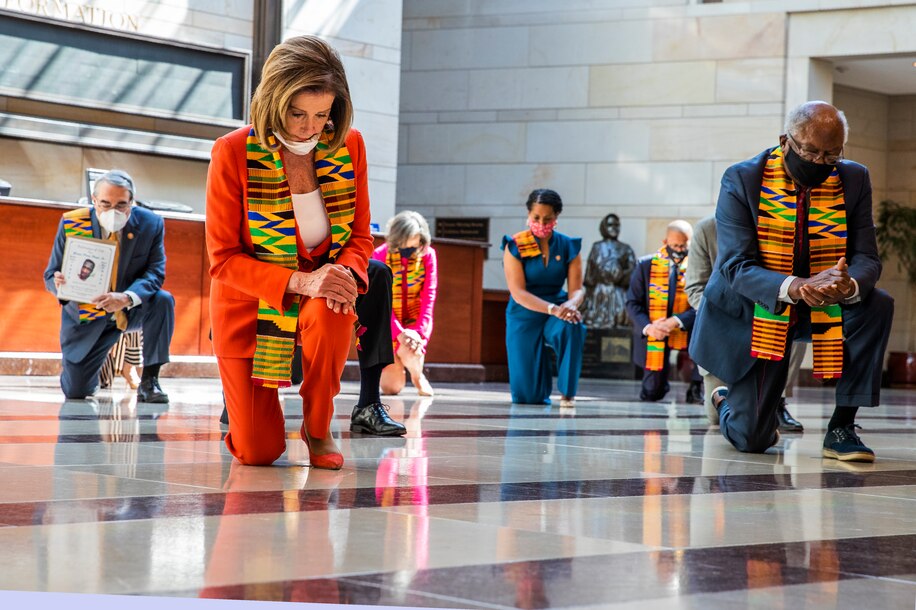 One of the most popular and common souvenirs every visitor to Ghana brings back home is a Kente cloth. The Congressional Black Caucus in the House has been wearing Kente for years for important ceremonies. It’s a universal cloth now, and there is nothing like appropriation anywhere. Speaker Pelosi and the Congressional Black Caucus went to Ghana about a year ago and they were presented with these stoles.

It’s unfortunate many of the brothers and sisters who have become authorities on Kente do not themselves know what the Kente cloth symbolizes today. Some Africans too (not Ghanaians) have joined the wrong choir in commenting, without any knowledge about what they are talking about. Africa is a huge place and customs and conventions are diverse. 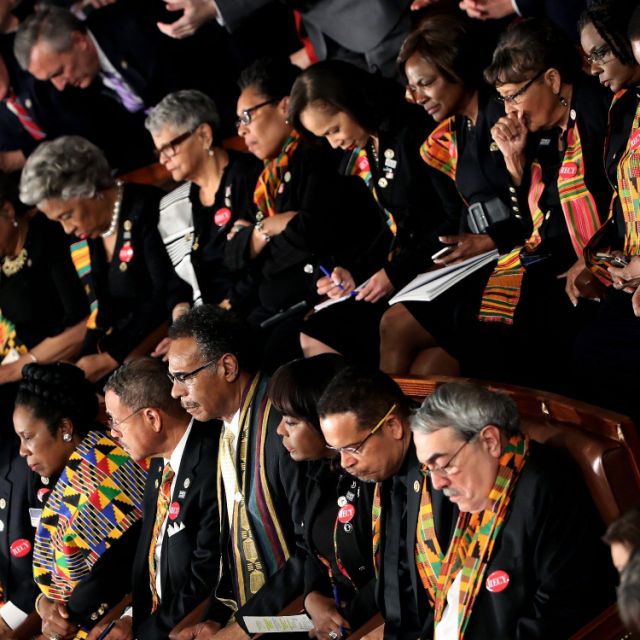 Kente is worn as a full gown by important and powerful people. Kings and Queens (we call Queenmothers) put on their Kente for mainly joyous, solemn and important occasions. This is the truth.

Most of the Black people protesting and negatively commenting against Pelosi in Kente are rather inwardly protesting the link of the struggle to Africa through its connection with the Kente cloth. There are many black people who are ashamed of their link to Africa and so openly protest and even refuse to be referred to as African-American. 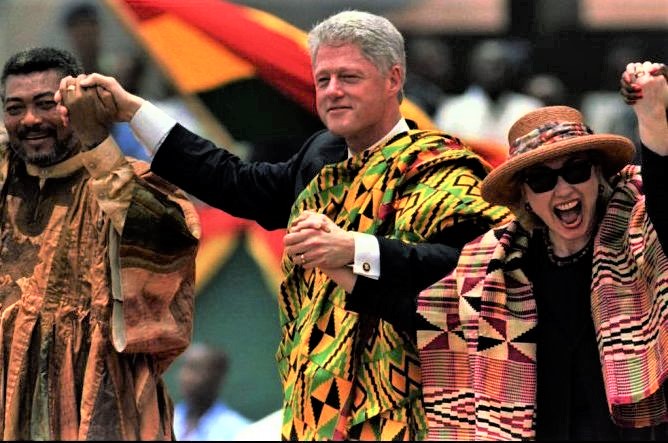 The poverty and squalor and stories of underdevelopment and corruption is too much for them to embrace and so the simplest way of running away from the negative tag is to reject their ancestry. I am sure the controversy about the Kente cloth must have begun from such brothers and sisters with no connection with the motherland.

For centuries, what colonialism and slavery did to us was to always divide black people on unnecessary things. We are always majoring on the minors. What more could the Democrats do to show they were protesting the pain people of African descent have gone through than to wear Kente? When Black people wear suits are they appropriating European culture? When women wear wigs and eyelashes are they appropriating European culture?

Pelosi and the Congressional Black Caucus, and, in fact, everyone in Congress is welcome to use the Kente cloth, so far as it is used in an honourable way.

You can complain and protest the use of the Kente cloth only if you can prove the unveiling of the reforms on policing was not an honourable event.

Six Best Contraceptives You Can Use To Prevent Pregnancy

7 Sings That’s Shows You Will Be Rich And Successful

Cancer Disease Kill Fast :Avoid Mixing These 3 Things Together If You Want To Live Long

Wise Quotes Of Pete Edochie You Haven’t Come Across